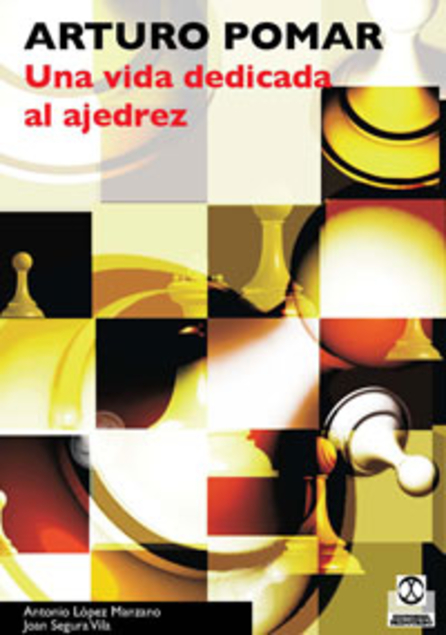 In the aftermath of the Spanish civil war and the second world war Franco's Spain was isolated, an international blockade had made Spain the poor man of Europe. One of the few contacts with the outside world was the chess prodigy Arturo Pomar who even in later years was known as "Arturito". Pomar first came into international attention when at the age of 13 he drew a game with world champion Alexander Alekhine at the Gijon international tournament in 1944. No mean achievement, even though Alekhine was not the player that he had been a decade prior.

Pomar was largely positional player, but could mount a tactical attack when so motivated.  A superb endgame player, Pomar had a very limited opening repertoire, his natural talent and the unavailability of much of the latest chess literature in Franco's Spain may have done much to keep his opening repertoire limited.


Pomar's was seven times the champion of Spain, and as far as international tournaments some of his best results were Madrid Zonal 1960 where tied for first with Portisch, Gligoric, and Donner. Torremolinos 1961 where he again shared first with Gligoric. Palma de Mallorca 1966 where he finished second behind Tal.

But for me most impressive was his showing in Stockholm Interzonal 1962 won by Fischer where he finished in 11th-12th place in a field of 23. No longer a young chess prodigy Pomar receives no support from his chess Federation, without a second or trainer to help him, Pomar had to stay up late to analyze adjourned games, while others could rely on their seconds and get a full nights rest.Pomar was among the leaders in the first five rounds but the effort proved to much and may have led to the breakdown he suffered a few years later.

Pomar had to support his family working for the Spanish postal service which led Bobby Fischer to quip that no matter how well Pomar played that he would have to go back to selling stamps, naming him "the poor Spanish postman".
After Stockholm Pomar was still a dangerous opponent but his play became less ambitious and after his breakdown his play became rather uneven.
As for the book at hand it is a good game collection with 117 games and there are numerous pictures throughout the spanish text. We catch glimpses of Pomar the family man and husband, but for me what was missing was more context on how the Franco regime had exploited Pomar's great talent for it's own ends, and how he benefited from regimes support. But this may have to wait til Pomar is no longer  with us.